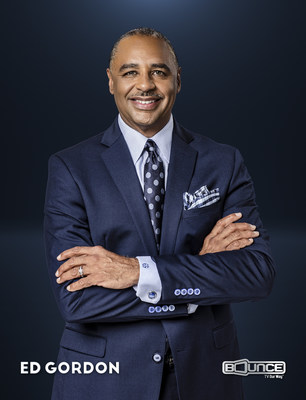 Harvey discusses with Gordon the public backlash he faced regarding jokes about Flint, MI, his infamous leaked office email and his meeting with President-elect Donald Trump.

Harvey says of the attacks by some African-Americans: “The attack was so vicious from Black people…Black people doing this to me? And I’m telling you the real funky part…people I thought I was ‘so-called’ cool with it…sitting on the radio show talking about me, people who have come to me in private and I helped, just jumped on what was trending…that hurt me personally.”

Harvey went on to say (half) jokingly “I knew I was in trouble when Bill O’Reillydefended me.”

Longtime Congresswoman Waters (D-Calif.) discusses her outspoken perspective on the Trump administration and other American issues. Among other questions, Gordon asks the Congresswoman if she thinks President Donald Trump is a racist.

Waters said, “Yes I do, now more than ever. I didn’t think deeply about it until I learned about his connection with [Steve] Bannon and with other White Nationalists. Everything from pardoning [Sheriff Joe] Arpaio, to having all these White Nationalists in the Cabinet around him. Yeah, I do believe he’s a racist.”

Waters adds, “When I see injustice, it moves me. When I move, I try to do the best that I can to speak truth to power.”

Catch these interviews and more on Ed Gordon on Monday, October 2 @ 10:00 p.m. on Bounce, http://www.bouncetv.com/

Bounce has grown to be available in more than 99 million homes across the United States and 95% of all African-American (AA) television homes, including all the top AA television markets. Bounce features a programming mix of original and off-network series, theatrical motion pictures, specials, live sports and more.

Back   |  Next story: Tantech Holdings Ltd. Announces the Closing of a Registered Direct Placement for $6.5 Million of Common Stock and Warrants