TORONTO, Sept. 10, 2017 /PRNewswire/ — With all eyes on Toronto during the city’s annual film festival, Four Seasons Hotels and Resorts staged a surprise four-day experience highlighted by a one-night only celebration of artistry and imagination in the heart of the city. 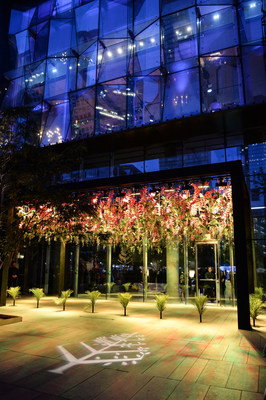 The event marked the launch of Four Seasons Pop Down, a new global series of immersive experiences that will bring Four Seasons to unexpected settings all over the world, transforming unusual spaces and creating one-of-a-kind events and experiences.

“Give our people a blank canvas, and they will create something truly extraordinary,” says J. Allen Smith, President and CEO, Four Seasons Hotels and Resorts. “The Four Seasons Pop Down is a microcosm of the creativity and passion that is infused into everything we do at our hotels and resorts around the world.”

Taking over a vacant retail space in downtown Toronto, the company’s first Pop Down brought together a team of Four Seasons artisans from four continents, each presenting an interactive expression of their craft. Showcasing their passion and imagination, Four Seasons award-winning mixologists, chefs and creative masters transformed a raw, concrete space into an unexpected journey through the world of Four Seasons.

A garden oasis in the heart of Toronto’s entertainment district, the first Four Seasons Pop Down was conceived in dramatic contrast to the event space’s concrete walls and surroundings, combining digital mapping with culinary masterpieces, large floral installations, and a floor-to-ceiling herb garden.

Thinking Beyond the Hotel

The Toronto Pop Down sets the stage for further unique transformations, one-of-a-kind experiences and surprise locations where Four Seasons will Pop Down next. Speaking to the series’ unique potential, Peter Nowlan, Four Seasons Executive Vice President and Chief Marketing Officer explains, “The concept creates an exciting opportunity to deliver Four Seasons experiences – characterised by our signature service and unparalleled attention to detail – in unconventional locations, pushing our imagination further as we continue to explore other unexpected ways that we can tell our story and bring the world of Four Seasons to life beyond our hotels.”

About Four Seasons Hotels and Resorts

Founded in 1960, Four Seasons Hotels and Resorts is dedicated to perfecting the travel experience through continual innovation and the highest standards of hospitality. Currently operating 106 hotels, resorts and residences in major city centres and resort destinations in 44 countries, and with more than 50 projects under planning or development, Four Seasons consistently ranks among the world’s best hotels and most prestigious brands in reader polls, traveller reviews and industry awards. For more information and reservations, visit fourseasons.com. For the latest news, visit press.fourseasons.com and follow @FourSeasonsPR on Twitter. 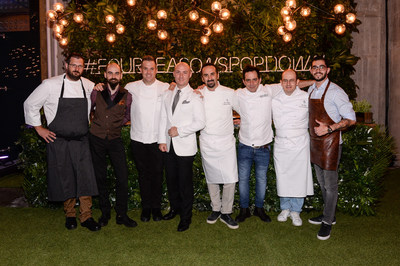