Every $10 donation made on CrowdRise.com will enter fans into a chance to win a dream vacation; all entries made will be donated to the American Red Cross

ATLANTA, Aug. 15, 2017 /PRNewswire/ — As the Harlem Globetrotters prepare for their upcoming tour this fall, they are excited to offer four lucky fans a trip of the lifetime. Fans can enter to win a trip for four to Hawaii by donating $10 at CrowdRise.com. Every entry made will be donated to the American Red Cross, the team’s official charity partner. The winner will get a chance to hang with the Globetrotters, get VIP seats to their game and experience Honolulu with the team. 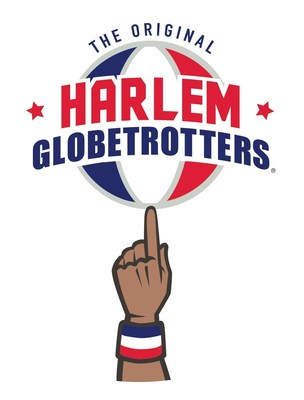 The Hawaii prize pack includes roundtrip airfare to Honolulu, a four night hotel stay, bench seats to see the Harlem Globetrotters at the Blaisdell Center in October and four custom Globetrotter jerseys. Fans can enter for their chance to win by donating to the American Red Cross at www.crowdrise.com/harlemglobetrotters.

“It’s great to be able to give a fan an opportunity to join us in Hawaii all while donating to a great cause,” said Big Easy Lofton. “What could be better than bringing your family or friends to paradise, spending time with the Globetrotters and knowing you helped people impacted by disaster with your donation?”

Every entry will support the American Red Cross and help people impacted by disasters across the US. For official rules, fans can visit crowdrise.com/harlemglobetrotters. All entries must be made by Tuesday, Sept. 19.

The American Red Cross partnered with the Globetrotters in December 2016, becoming the team’s official charity partner through its Great Assist initiative – helping communities across the country prepare for, respond to and recover from disasters of all kinds.

About the American Red Cross:
The American Red Cross shelters, feeds and provides emotional support to victims of disasters; supplies about 40 percent of the nation’s blood; teaches skills that save lives; provides international humanitarian aid; and supports military members and their families. The Red Cross is a not-for-profit organization that depends on volunteers and the generosity of the American public to perform its mission. For more information, please visit redcross.org or cruzrojaamericana.org, or visit us on Twitter at @RedCross.

About CrowdRise:
CrowdRise is the world’s largest crowdfunding platform dedicated exclusively to charitable fundraising. Used by millions of individuals, tens of thousands of charities, hundreds of companies and many of the most famous artists and athletes in the world, CrowdRise enables people to creatively leverage their resources and networks to unlock the power of the crowd to support positive social missions and create massive impact.

Founded by actor Edward Norton, film producer Shauna Robertson and Robert and Jeffrey Wolfe, CrowdRise has conceived, implemented and powered campaigns that have raised hundreds of millions of dollars to-date. For more information visit www.CrowdRise.com. In January 2017, CrowdRise merged with GoFundMe to offer both people and organizations the best fundraising tools for any cause they care passionately about.

Back   |  Next story: IDTechEx: Race for First Commercial Passenger Cars that are Energy Independent