STAMFORD, Conn., June 28, 2017 /PRNewswire/ — Access to clean drinking water and the nation’s water infrastructure are major concerns for Americans across the country, according to “Perspectives on America’s Water,” a new study. A total of 6,699 American adults shared their views on water-related topics in this comprehensive online study conducted on behalf of Nestlé Waters North America by the global market research firm PSB in May 2017. The study, the first of its kind to gather both the opinions of the U.S. general population and those of experts in the field, found that water is viewed as the most important natural resource in Americans’ daily lives, more so even than clean air (87 percent compared to 81 percent). Yet, 61 percent of American consumers and 66 percent of experts characterized water problems as a crisis or major issue for the United States. 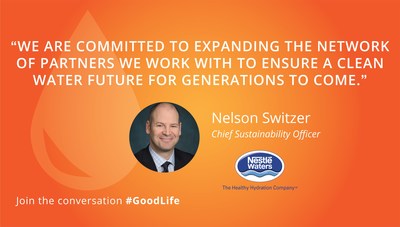 The study found that two in three Americans (66 percent) believe their own community’s clean drinking water is at risk, while 59 percent say a major overhaul of U.S. water infrastructure is needed to avoid that possibility. City-dwellers are especially likely to fear their community’s clean drinking water is at risk (70 percent versus 63 percent in rural areas). There is almost universal agreement (96 percent) that if the United States does not proactively invest in the country’s water infrastructure system now, it will end up costing more in the long run.

“The takeaways from this study are clear to us: Americans care deeply about the state of their drinking water, and they believe investments in infrastructure and innovation are needed now,” said Nelson Switzer, Chief Sustainability Officer at Nestlé Waters North America. “It’s our hope that these insights will accelerate the pace of conversation and jump-start concrete actions needed to address our shared water challenges. At Nestlè Waters we believe that access to safe and secure drinking water is a fundamental human right and we know we all have a role, responsibility and obligation to contribute to making this a reality.”

There is also a widespread concern among Americans that water supply issues will become more pressing within the next decade. Forty-two percent of Americans surveyed believe water will become less available in the next 10 years, and two-thirds (66 percent) believe water crises will have widespread consequences for individuals, businesses and the United Statesoverall.

Broad Support for Infrastructure Improvements and Funding
Americans surveyed support investment in infrastructure to address both the causes and effects of water-related issues. In terms of specific infrastructure improvements, Americans believe it is necessary to prioritize early detection systems that identify contamination in the water supply (64 percent), more efficient water collection and purification methods (52 percent) and infrastructure to increase water access, quality and capacity (48 percent).

“As the leading bottled water company in the United States, we have knowledge and experience in water management, water efficiency, source water protection and collaboration and problem solving,” said Switzer. “But we know we can accomplish far more together than we can alone. That is why we are committed to using these insights and skills to engage with our employees, suppliers, communities as well as non-profits, policymakers and other stakeholders who care deeply about the sustainability and the security of America’s water supply to drive innovation and collaboration to ensure a clean, safe and secure water future for generations to come.” 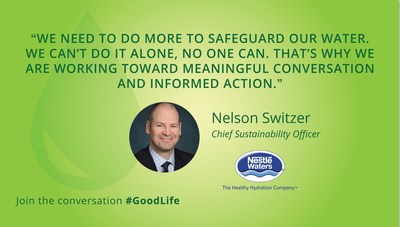 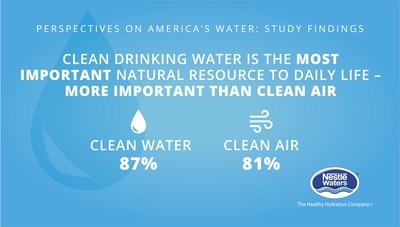 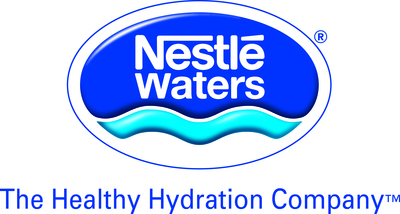 To view the original version on PR Newswire, visit:http://www.prnewswire.com/news-releases/clean-drinking-water-more-important-to-americans-than-clean-air-according-to-new-study-300481073.html

Back   |  Next story: Pre-Registration Opens for Flash Memory Summit 2017